Upon graduation, Daniel served as a law clerk to the Honorable Miguel de la Carrera, J.S.C. in the Passaic County Superior Court, Criminal Division.  Prior to joining the firm, Daniel was a staff attorney at the Center for Home and Safety in Rochelle Park, N.J., where he represented victims of domestic violence in family court.

Daniel is admitted to practice in the State Courts of New Jersey. 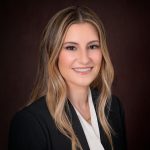