Christine H. O’Donnell has joined Meyerson, Fox, Mancinelli & Conte, P.A. after running her own solo practice for many years.  Christine, the former Public Guardian for Elderly Adults for the State of New Jersey, practices primarily in the areas of guardianship, estate administration and estate planning, including preparation of wills, powers of attorney, advance directives for health care and special needs trusts.  She represents family members and facilities seeking the appointment of a guardian for an alleged incapacitated person, and is also appointed by the Court to act as guardian ad litem or court-appointed counsel for alleged incapacitated individuals.  Currently, Christine acts as guardian for numerous incapacitated persons, as well as serving as Trustee of several special needs trusts.

Christine is admitted to practice in the State Courts of New Jersey and Pennsylvania, and before the Supreme Court of the United States. 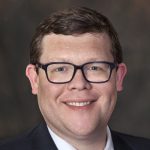